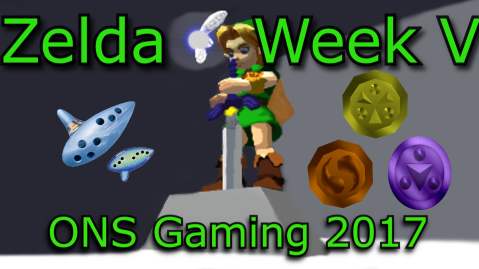 Welcome to this Years Zelda Week  event which starts today August 22nd and normally goes until August 28th tho for this year the event may last as long as August 30th. Partly due to the fact content has been so lacking around here. Unlike the Summer Xmas event this event will be mostly long text posts instead of ones accompanied by videos. It’s amazing that this is the fifth iteration of this event here on this website and this years theme is Ocarina of Time.

In the first version of this event many different Zelda games were talked about but since that one ever year has had a main theme more or less. With the first iteration it was closed out by a massive post on several of the games Temples. Tirc wrote about the three kid dungeons. Jon and JP wrote about their favorite dungeons: Forest and Fire Temples respectively. Where as B.T. wrote not about his favorite but rather about his least favorite: the Water Temple. In doing this they combined talked about the kid dungeons and the first three adult dungeons as stated but the group left out three medallions and two of the temple dungeons. This year we will rectify this.

Starting last year B.T. wrote a post on the triforce: it’s importance and his thoughts but also where the symbol came from in a historical look. History being B.T.’s major and a huge point of interest lead him to start writing that post and you can be sure another one will happen this year. Might even be able to say it will be an ongoing thing in the coming events afterwards.

We hope you all stick around in the coming days for this event and celebrate Zelda Week with us!