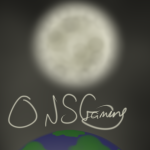 Hey everyone! Thought we weren’t working on things? Well think again! We have a new event starting tomorrow: Final Fantasy Week. Final Fantasy has been a series that the majority of the writers have played throughout their existence since first being introduced to it. Many fans of RPG’s know about this famous JRPG series and being fans of RPG’s we’re not new to the series, in fact we love the series and so want to share our love with it with all of you.

Considering it’s our first for this event we wanted to talk about our most played games in the series; Final Fantasy 7, 8, and 9. But rest assured they aren’t the only games of the series that will be talked about or touched upon!