This is the only game that I played that I can recall that has the phrase “World Cup” in its title. To be honest I’m not a huge fan of sports games, but I have played a fair bit of them albeit older ones. While this is a Pseudo-Sports game I hope you give me a pass with his one; as you all can tell I chose this game because of the Fifa World Cup.
This game came out in 2003 and while I played it then I didn’t get it until much later due to money constraints. To be perfectly blunt there are better pseudo-sports/ fictional sports games out there even ones that are much older than this game. Another thing is this game is divided on who likes it and where one places it score wise. Non-Sports gamers tend to place this at about 65-70/100 whereas sports game fans tend to place it more at 50-60/100.
But before you start to fret too much, this game can be fun as well as the extras it added to a game in a story we all wanted to know more about was also good fun. Sadly this game is only enjoyable on the easier levels of difficulty. Whenever you attempt the later difficulties the games issues are blatant. Unfortunately even though I enjoyed this game, it has this bad tendency to relay on a system that is far from perfect: the chain system. In the chain system the purpose is to quickly pass and or shoot the main ball in quick successive actions to players. However the systems targeting as well as actually passing aren’t as selective or as responsive as you’d like it to be.

Even fans of Harry Potter will find an issue with this game: there is Bulgaria as a unlockable team but not Ireland. Ireland isn’t even a playable team. While it was cool they added other teams; Spain, France, England, Australia, U.S.A., Germany, Nordic, and Japan; they didn’t even put in the other world cup champion match team: Ireland!? Instead of adding more teams or strategy into this game (a bit that sports game fans will hate) they instead gave each team its own unique team special.

In addition to the world cup teams there are the Hogwarts teams: Gryffindor, Slytherin, Hufflepuff and Ravenclaw. These teams can only play each other either in the Hogwarts Quidditch Cup or in an exhibition match. Whose teams are comprised of the known people from the books and then filled in with characters either given to the developers by J.K. Rowling or made up completely by the developers. The Hogwarts portion of the game really is the tutorial bit of the game, it teaches you the basic and everything else you will have to do to beat the world cup.

The game has its other small things fans of Harry Potter will recognize or want to know/ see such as the Quidditch cards that are holographic, or the Queerditch Marsh (which honestly is exhibition but at the first place Quidditch was played, i.e. you can’t choose the arena, of which every world cup team has its own,). Playing in this historic venue once is often enough for a HP Fan. To be fair it seems like they had a hard time equating this game to a real sports game; they chose Soccer/Futbol though its more similar to like Water Polo. ou can tell they chose Futbol because of which teams are better than others, and the USA Team is just a joke in this game, like how they are mostly ignored in Futbol.

Unless you are a diehard Harry Potter Fan and you have the other games and need this one, there isn’t much other reason for you to get this game. It’s sad in that while it isn’t great or spectacular this game was worth a sequel, something to fix its problems expand on what was cool and fun and yet it never will see one…
All I can say and hope is that you all are enjoy the actual World Cup!! And there will be a few more games talked about during this years World Cup! 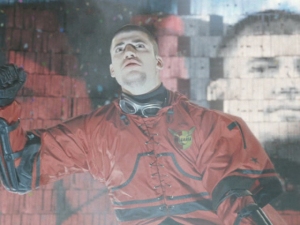 Teams B.T.  is supporting in the Muggle 2014 Fifa World Cup:

Categories: Archive, From the Nosebleeds